What are the most common cognitive disorders? 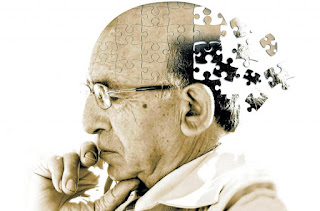 Delirium: Delirium is defined as a disturbance in one’s consciousness that occurs in a short period of time which results in a rapid change between mental states. Sub-categories of delirium include substance intoxication delirium, substance withdrawal delirium, and unspecified delirium that occurs when symptoms of different neurocognitive disorders are present, but the cause is unknown.

Dementia: Dementia is the loss of brain functions more commonly taking place in parts of the brain responsible for memory. It may also cause other cognitive impairments. Diseases related to dementia include Alzheimer’s disease, vascular dementia, dementia due to Parkinson’s disease, dementia due to multiple etiologies, substance-induced persisting dementia, and many other forms due to neurological disorders.

Symptoms of cognitive disorders are often shared by diseases that affect the brain’s ability to function. Some of the more recognizable symptoms include rapid changes in mental state, poor or short-term memory, learning difficulties, inability to recognize languages, disorganized thinking, and memory problems.

Dr. Curtis Cripe is a neuroengineer with a diverse multidisciplinary background that includes software development, bioengineering, addiction recovery, psychophysiology, psychology, brain injury, and child neurodevelopment. He founded the Crossroads Institute, and now heads the research and development teams as the developer of Cognitive Repair for Brain Disorders technology. For more information on cognitive disorders, visit this page.
Posted by Dr. Curtis Cripe at 1:57 PM No comments:

Dr. Curtis Cripe
Dr. Curtis Cripe has a diverse background in neuroengineering, aerospace engineering, psychology, psychophysiology, software development and programming, addiction recovery, brain injury, and child neurodevelopment. He established the Crossroads Institute, which utilized telemedicine brain training delivery systems to assist children with developmental and learning disorders and provide programs for adults with a wide range of psychological problems, including addiction and traumatic brain injury. Currently he is Science Research and Development Director of NTLgroup and leads the team on cognitive and brain repair for addiction, head injury, and developmental delays.
Dr. Cripe also worked as an aerospace engineer and has participated as a senior systems engineer for the Jet Propulsion Lab for NASA's deep space division. He is currently on the DSR30 Mission to Mars team for manned space travel to Mars.
Dr. Cripe has authored multiple peer-reviewed papers and two chapters in field-related books in behavioral medicine and neuroscience. In addition, he is a noted international speaker on the subject of cognitive brain function and analysis.